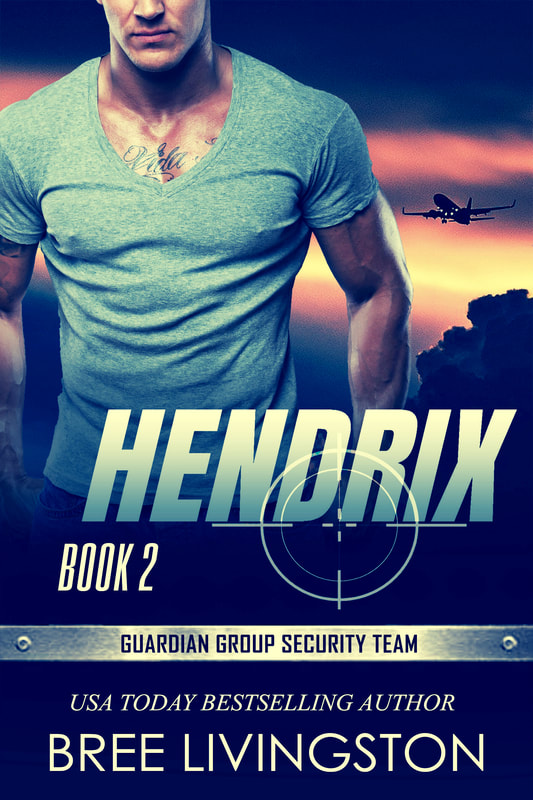 "When she reached Hendrix, she ran her hand along his shoulders, dipped enough to kiss his cheek, and said, “Thanks for waiting on me.” He was her boyfriend, right? What girlfriend wouldn’t want to kiss him?

Eyes wide as saucers stared at her. “Uh, sure. What was that for?” He touched his cheek, swallowing hard.

“Aren’t we pretending to date?” She tilted her head, giving him the most innocent looked she had. “I mean, what girl of yours wouldn’t want to have a reason to kiss you all the time?”

His Adam’s apple bobbed. “Okay.” The word came slow, like he was struggling for them.

She’d rendered him near speechless, and suspected she’d been right about women he’d dealt with in the past. He wasn’t used to a woman setting her feet and pushing back on that wall he’d erected. “I see the waitress returned. Did you order yet?” She took a sip of her water.

“Uh, yeah, I told her you wanted the salad, and I got the steak and fries.”

“With the truffles?” She laughed.

Shaking his head, he shot her a lopsided smile. “No, they can keep that stuff.”

“Chicken.” The utensils clattered to the table as she shook out the napkin and laid it in her lap. “I think I’m going for another swim when dinner is over. That nap was probably not a good idea. No matter how much I want to make up for those I didn’t take as a toddler, all they do is make it harder to sleep at night.”

She lifted an eyebrow. “And you think you’re going to stop me?”

He opened and closed his mouth a couple of times. “Yeah, I sure do. I promised I’d keep you safe and that’s exactly what I’m going to do.”

“What?” His jaw dropped. “There’s no challenge. Why would you even fight me on this?”

Man, he was cute when he was ruffled. “I’m not. I’m telling you what I’m going to do. You can either come along or sit in the house. I’m in Hawaii and I’m going to enjoy myself.”

Before he could respond, their waitress brought their food out and set it in front of them. Britney closed her eyes as she inhaled. “That steak looks really good.” She opened them, pouting. “I think I ordered the wrong thing.”

“I’ll let you have some if you’ll promise to make my job easy.”

She locked eyes with him and grinned. “I’m not that hungry.”

He grumbled something under his breath she couldn’t decipher. “Just…just eat your food.”

Inside, she giggled like someone was tickling her. It was like the universe had picked this darling man out for her. During their meal, they continued to spar, but at some point, he went from being frustrated to amused, or that’s how it seemed to her.

As people finished their meals, one of the band members came to the microphone and opened the floor for dancing. The crowd thawed and shortly, several couples took them up on the invitation.

“Oh,” she said and sat back. “Well, okay. I’ll go ask David. We need to catch up on stuff anyway.” She waved that red flag and watched the bull paw the ground.

Hendrix’s jaw tightened as he worked it. “Fine. We’ll dance.”

“Do you feel threatened or something? He’s just a friend.”

This time she couldn’t hold it in, and laughter bubbled out. What an interesting choice of words. “I didn’t say jealous.”

His lips pinched together. “You know what I meant.”

“All right. Don’t get so rattled.” She leveled her eyes at him. “He knows I’m here with you. It’d just be a harmless dance.”

Pushing out of the chair, Hendrix held out his hand to her. “Would you like to dance or not?”

“You’re entirely too grouchy to dance.” She was testing his patience and she knew it, but this was the most fun she’d had in a long time.

Hendrix inhaled and let it out slowly. “Would you please dance with me?”

Slipping her hand into his, she stood. “I’d be delighted.”

They reached the dance floor, and he slid his arm around her waist, pulling her closer. “I really don’t know how to dance.”
​
“Maybe it’s not all about the dancing,” she said, flattening her hands against his chest as they began slowly moving. “You sure are muscled, aren’t you?” Under her hands, his heart startled like a spooked thoroughbred, and by the look on his face, he knew she’d felt it. It was all she could do to keep a straight face. “I think I might nickname you Secretariat.”