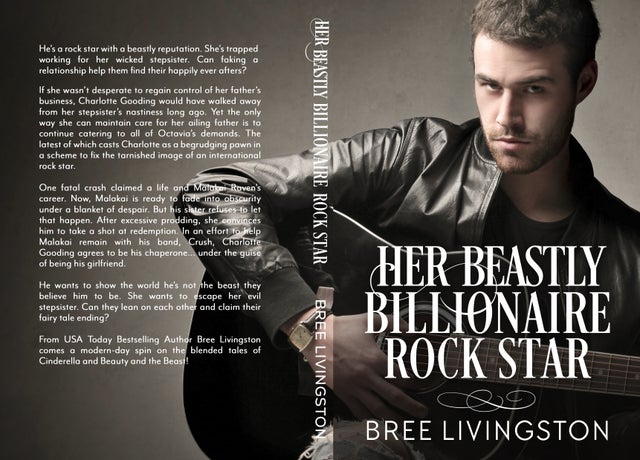 He’s a rock star with a beastly reputation. She’s trapped working for her wicked stepsister. Can faking a relationship help them find their happily ever afters?

If she wasn’t desperate to regain control of her father’s business, Charlotte Gooding would have walked away from her stepsister’s nastiness long ago. Yet the only way she can maintain care for her ailing father is to continue catering to all of Octavia’s demands. The latest of which casts Charlotte as a begrudging pawn in a scheme to fix the tarnished image of an international rock star.

One fatal crash claimed a life and Malakai Raven’s career. Now, Malakai is ready to fade into obscurity under a blanket of despair. But his sister refuses to let that happen. After excessive prodding, she convinces him to take a shot at redemption. In an effort to help Malakai remain with his band, Crush, Charlotte Gooding agrees to be his chaperone... under the guise of being his girlfriend.

He wants to show the world he’s not the beast they believe him to be. She wants to escape her evil stepsister. Can they lean on each other and claim their fairy tale ending?

From USA Today Bestselling Author Bree Livingston comes a modern-day spin on the blended tales of Cinderella and Beauty and the Beast!